The miniature clip-on transmitter with a built-in omnidirectional microphone makes it fast and easy to mic up your subject for a quick interview without having to worry about a cable. The transmitter also features a stereo 3.5mm audio input, allowing you to connect a smaller, more discreet lavalier such as the ECM-LV1 (available separately) if desired.

The compact receiver attaches directly to the MI shoe mount on compatible Sony cameras, giving the system up to 9 hours of shooting time, assisted by the camera's power. Both the transmitter and receiver are powered via built-in rechargeable lithium-ion batteries; without an MI connection the system will operate for up to 3 hours between charges. If the camera's MI shoe is also equipped with a digital interface, the direct connection allows the camera to record pristine sound with an ultra-low noise floor.

A smart feature is the addition of a built-in microphone on the receiver unit, along with a 3-setting switch allowing you to pick up audio from either the subject at the transmitter, the camera operator at the receiver, or both at the same time for interviews. The receiver also features a 3.5mm output for connection to traditional DSLR/mirrorless cameras and a 3.5mm TRS cable is supplied along with a USB cable and a windscreen for the transmitter/mic.

Use with a Wide Range of Devices 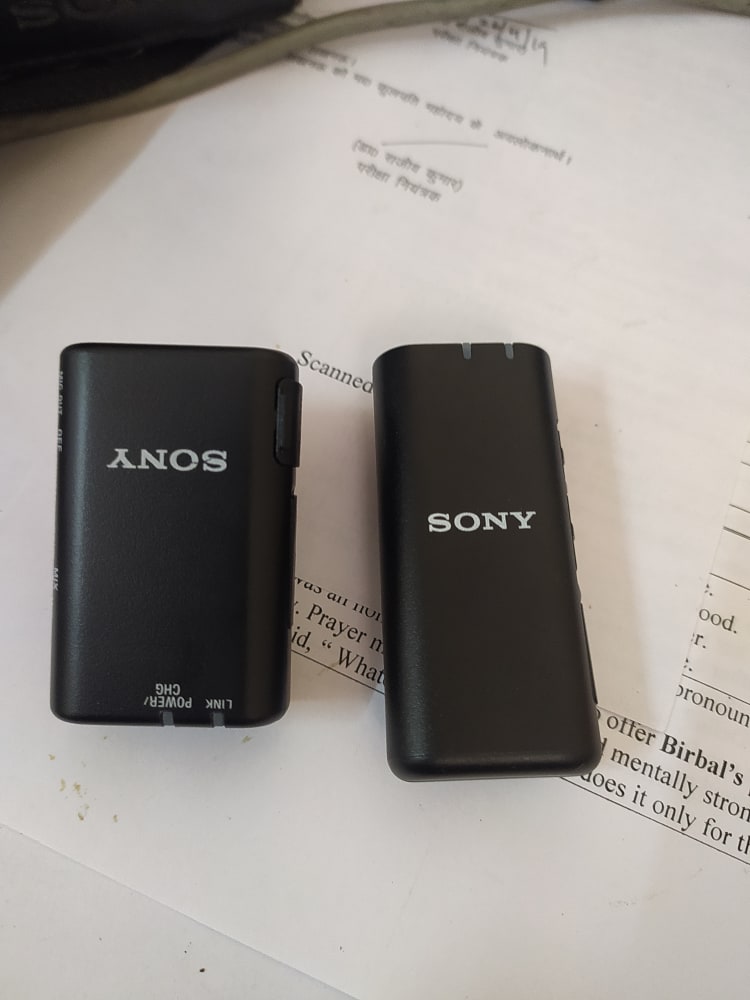